I wrote this response at an ungodly hour of the morning after coming across the this blog post at the Fight With All Your Strength website, a blog which describes itself as “Physical Training and Biomechanics for Swordplay and other Combat Sports and Martial Arts.”  On this occasion I find that I have to disagree with the overall thesis of the post.

I’ll briefly outline here why I think this, as well as enumerating my own thoughts on the matter.  I’ll also point out, toward the end of this article, why I think the author and I actually agree, but this article makes it seem like we don’t.

Looking at the Argument

The author’s article centres on a fallacy of false equivalence; suggesting that if doing thing slowly helps you to do things fast, then you could train for a running race by walking, according to dictionary definitions of each.  Now I suspect that the author was being intentionally specious to make a point, so I won’t labour over the fact that this is obviously comparing two things which are, in motion and in application, entirely different from one another.

Instead I’ll start with the aspects of the argument that I agree with.  Firstly the description of muscle fibres and neural activation patterns required for slow and fast movements, more specifically that:

Muscle memory is the creation of motor programs in our brain: connections of all the various nerves involved in a particular action are formed and strengthened. Timing components are tied together so that everything happens at just the right moment.

Each individual motor unit in our muscles is supplied by a single nerve from our brain, through the spine, to the muscle. Each motor unit is comprised primarily of either Type I or Type II fibers. Type I are the slow, weak fibers and they are used to move slowly. Type II fibers are the fast, strong fibers and they are used to move at fighting speed. As such the neurons for fast and slow movement are not even the same neurons in the brain.

All of this is unarguably correct when describing low level physical actions.  However it is worth noting that our brains do not simply deal with low level sequences of movement; we actually abstract them into a representation which contains a kind of “program” of the body motions required to perform an action, and it is these which we use to undertake higher level reasoning, analysis, and decision making.

It is also worth noting that these motor-programs can be modified over time as we become more experienced at an action and change our understanding of how it is performed.

Before I get on to why I would be interested in deploying conscious reasoning and motor program modification, I’ll make observations on a couple of other comments in the article:

A wrestling coach isn’t going to say this.

I’ll begin by saying that my own experience isn’t in wrestling, it’s actually in jujitsu and judo, but since many of the same principles apply, I’d point out that yes a judo or BJJ coach actually will say this.  I’ve trained with judoka who have trained at an olympic level, and their training programmes still include quite a bit of slow work.

I’ve just started learning a new style of dance. And the instructors will have us do new actions fairly slowly. But only a minute or so. Then they turn the music on.

Not always; I’ve watched choreography and seen it done untold times slowly before the music event begins.  I’d also point out that in my younger years I learned the piano, and performing a piece slowly many many times seemed the best way to learn, if we’re going to pick examples from the world at random.

If this were true we’d see people who are much better in the field of martial arts than they currently are; many schools I’ve seen adhere to this concept and the result is that people who have a natural amount of body awareness already do very well, and everyone else is a shambles.  Why I think this will come later.

If I perform a descending cut slowly versus quickly there is a clear difference. Slowly I have to battle gravity, I have to keep my weapon from falling faster. Quickly and I outpace gravity by a significant margin.

Obviously; however most of this kind of “glacially slow” training is about figuring out where your body should be and remediating your position.  This kind of proprioception is about feeling the location the various parts of your body should be in during key points of the movement; just as an animator sets key-frames for animation, so we find that most martial arts movement sequences have key-positions that we move through, it is not, at this point, about kinæsthesia which is the sense of movement using the muscles (kinesthetic sense is a subset of proprioception).

Thoughts on the Matter

Why do I think that slow practice is useful?  Is it because I’ve been sold on the “conventional wisdom” of these kind of claims?  Actually, quite the contrary, I’ve been involved in organisation, groups, and martial arts which followed both the “fast” and the “slow” path, and my own experience, as well as a considerable amount of research by myself, and the military department in which I work (my job is as part of a military research arm investigating training procedures and human factors) suggest that slow training has some important benefits.

I’ll begin with what I mean by slow training and how it might be carried out.  One way we might learn a techniques is in the following loose sequence:

Students begin with solo training of movements to a set movement count; step 1, parry high, step 2, reverse the sword, step 3, wrench right, step 4, schnappen over- with each motion they assess their position to ensure it’s correct and they haven’t thrown themselves out of alignment, exposed a target, and so on.

This trains the proprioceptive sense of where the body is, more than how to move the muscles to get there. This is especially important in martial arts where an out of alignment torso, or exposed limb, could have unpleasant consequences.

We now add the partner in, again stepwise, again stopping at each moment to assess position, leverage, balance, and so on.  This is again important as knowing where we are in relation to the opponent is incredibly important.  It is at this point that we can correct major mistakes in position at key frames.

It is also extremely important in close-fighting and wrestling; this is where we learn what it feels like when the opponent is out of balance.

The individual steps are now replaced with a continuous, slow, flow of movement.  The steps are “smoothed out” into a single sequence.  This is performed dozens of times and becomes the “canonical” version of the technique.

Now we begin to feel some (though certainly not all) of the kinæsthetics of the motion, particularly in terms of feeling the bind or the opponent’s balance.

Without changing rate, some active resistance is placed into the technique by the partner.  Again we’re gaining more proprioceptive data and integrating it into our “neural model” of the technique.

Over time the rate of motion is increased to what we might call moderate speed; this is still quite deliberate and slow compared to the frenzy of a fight, but fast enough that the kinematics of weapon/body motion are similar to the “real thing”.  Importantly most instructors still consider this slow training.

Our neural model gains additional data, and we’re gaining useful knowledge about the “feel” of the opponent’s body or weapon as we fight them (again important in the bind/krieg/handworks/ringen).

We can now train the technique at full speed! Finally we’re getting full programming of the high speed motion and integrating that into our neural model.

We can now integrate the sequence with others we’ve learned, paying special attention to decision points in the fight; whether to umbschlagen around to the other side, or to slice the arms as he takes away, for example.  Very often we’ll drop the pace back to a much slower rate while doing this as people get to grips with decision points and the feeling of moving from one movement chain to another, before slowly increasing it back up to a moderate (but still nowhere near fighting) pace.

Now we’re augmenting our neural model by linking it in a kind of semantic network with other neural models for other techniques.

We can now train the technique faster, taking advantage of our slow paced “abstraction” of the technique and figuring out what worked when, and adding speed to the mix.

The student now uses the technique in free play along with others they’ve learned, once more, starting slightly slower and ramping up to a moderate pace.  Now we’re really cooking as we’re getting the motion to the point of cognitive automaticity when we deploy it.

At this point we’re ready for the big leagues; full speed free play.

Now we might adjust this sequence depending on whether we’re learning a simple or more complex technique, or based on prior learning, but in all cases there’s a lot more “slow” going on in the learning process than “fast”.

This progression is underpinned by the flexibility of neural models/programs we mentioned earlier.  By learning slowly with body position alone, then slowly with a resisting partner, we’re able to build early models which will be discarded later, yet leverage these for higher level abstraction purposes.  The abstraction we’re looking for here allows us to stop and assess, applying our reasoning skills to figure out “why this hip throw doesn’t seem to be working properly”, then adjust our training ,which in turn adjusts our neural model, and thus improves our skills.

This abstraction also allows us to play our simulated scenarios in our mind so that we can assess what we might deploy against an attacker performing a hypothetical attack (this is again an essential part of training which allows us to develop new drills as well, as HEMA folk, interpret the sources).  Luckily, the actual neural model for the motion is flexible, and as we slowly increase speed over time we’re recoding the model to integrate new proprioceptive data while keeping our higher level reasoning abilities and our ability to semantically link technique and counter in real-time.

We could of course go straight to doing things fast after a few dozen slow attempts, but I can almost guarantee we’d have students doing things consistently wrong.

Why I think the author and I are actually in agreement

As I said at the beginning of this article, I believe the author and I are actually in agreement, or at least I’d like to think so.  I suspect the author is speaking out against the argument for everything being done at a tai chi like speed and that by doing so this automatically translates to good full speed fighters.

I’d like to go officially on the record as agreeing 100% if this is the argument, however as the blog post stands it’s too ambiguous about its target, and to me slow training means a sequence of training which has a large amount of less than full-speed techniques employed in it.

I’ve trained in quite a few martial arts for the last 25 years, and seen a number of training methods, but have been consistently impressed by BJJ/jujitsu/judo practitioners who use this mixture of fast and slow training to best effect.

As such I think we should amend the saying to the following:

This site uses Akismet to reduce spam. Learn how your comment data is processed. 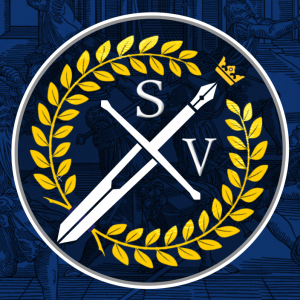